Welcome! Here at Intead, our strength comes from our people. We are a highly-experienced, passionate team of innovative professionals with global know-how and perspective—ready to tackle your biggest marketing challenges! 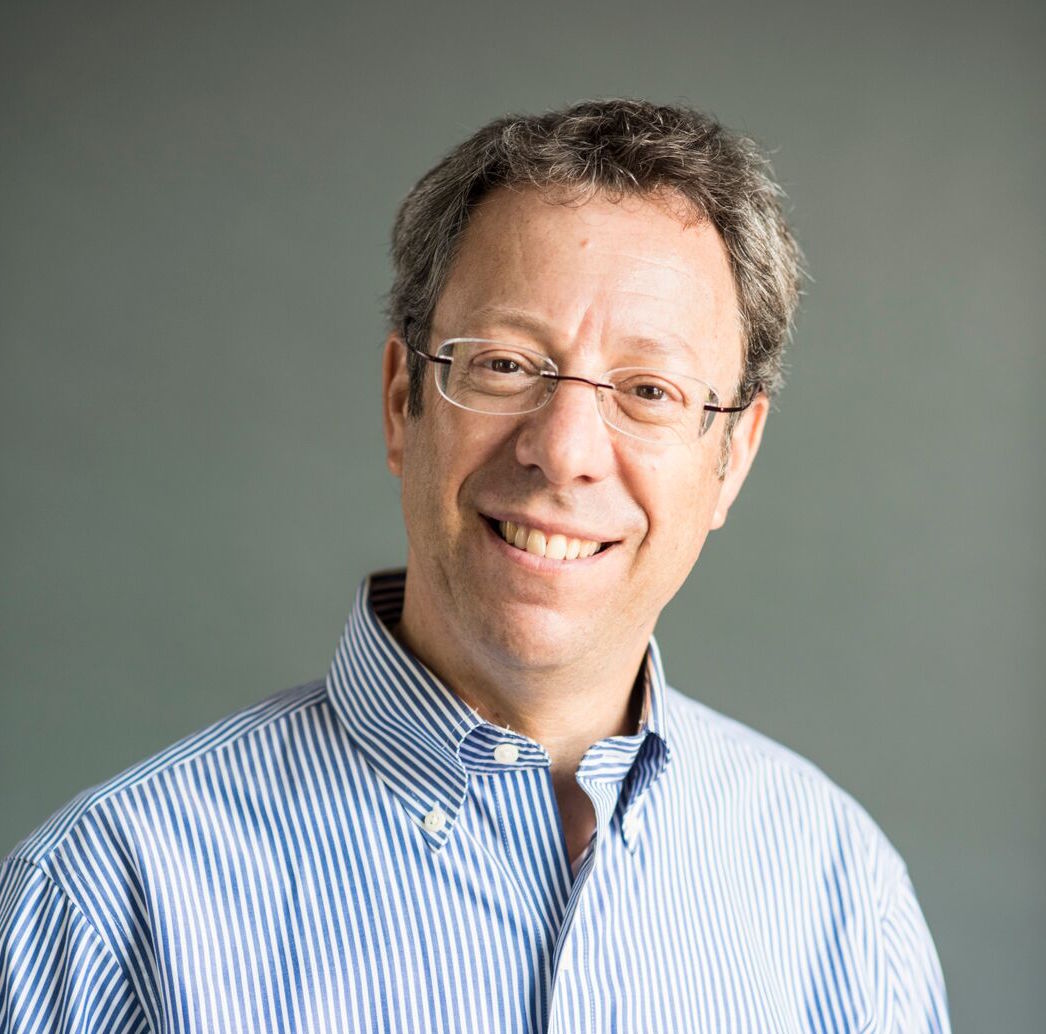 Ben founded his own marketing agency in 1992, before desktop and handheld internet connections were present, much less ubiquitous. His first internet start-up venture began in 1995 and failed in 1997, before the internet bubble and ensuing tech crash even began. He considers this failure a badge of honor.

With the growth of Ben’s marketing agency (now Tessellati, LLC) as a niche firm focused on academic marketing and international student recruitment, the student mobility data was clear. In 2009, co-founding Intead was an obvious next step.

In the academic market, Ben manages strategic evaluations of recruiting initiatives by conducting market and competitive analyses. He is adept at listening to the many voices at the table and seeking effective approaches to the many challenges that organizations face when developing their brands or extending the reach of their current brand and their programs.

Using Intead’s proprietary research and by conducting custom research for specific client projects, Ben develops branding strategies that differentiate client brands, programs and services. He ensures that the resulting campaigns employ the most relevant mix of marketing tools from mobile apps and digital/interactive media to print collateral and traditional PR. He also relies on tapping a vast talent network for those key personal introductions that result in valuable marketing relationships.

Ben earned a Bachelor of Arts degree from Wesleyan University and a Masters in Business Administration from Northeastern University. He studied Middle Eastern Politics at Hebrew University in Jerusalem during his undergraduate years and has continued his learning with executive education courses. 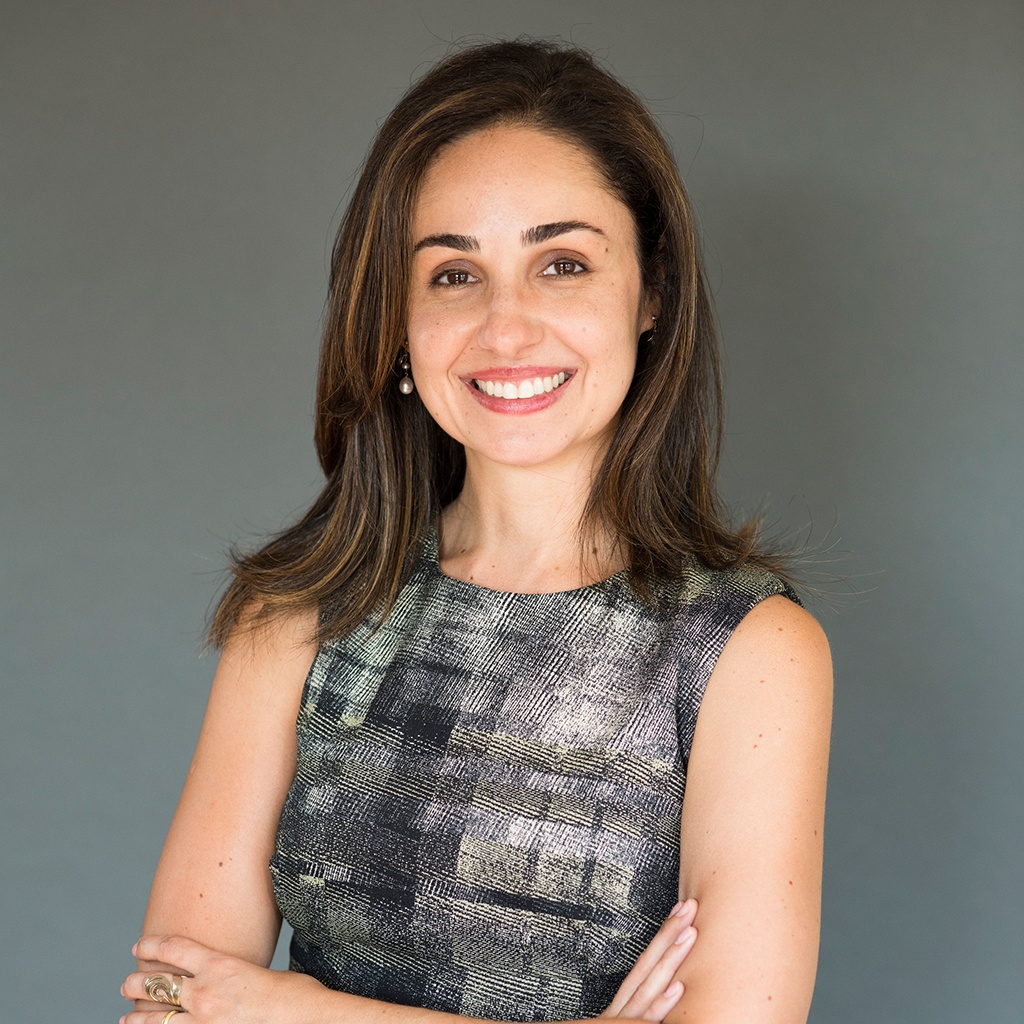 Patricia is a seasoned international marketing professional with more than 17 years of experience in the field. She guides our clients through competitive recruitment plans and spearheads strategic brand positioning initiatives. She is particularly proud of her ability to help clients achieve increased conversion rates.

Patricia holds a bachelor’s degree in marketing and advertising from ESPM in Brazil. She completed the Credential of Readiness (CORe) Program at Harvard Business School, mastering critical skills related to analytics, economics and business accounting.

Patricia is a lifelong student of international business and is constantly updating and adding to her extensive skillset. For instance, she recently completed a course on Global Strategic Management at F.W. Olin Graduate School of Business at Babson College. She loves to talk shop — and if you swing by our office, you’ll often find her animatedly discussing the latest industry trends around the watercooler. 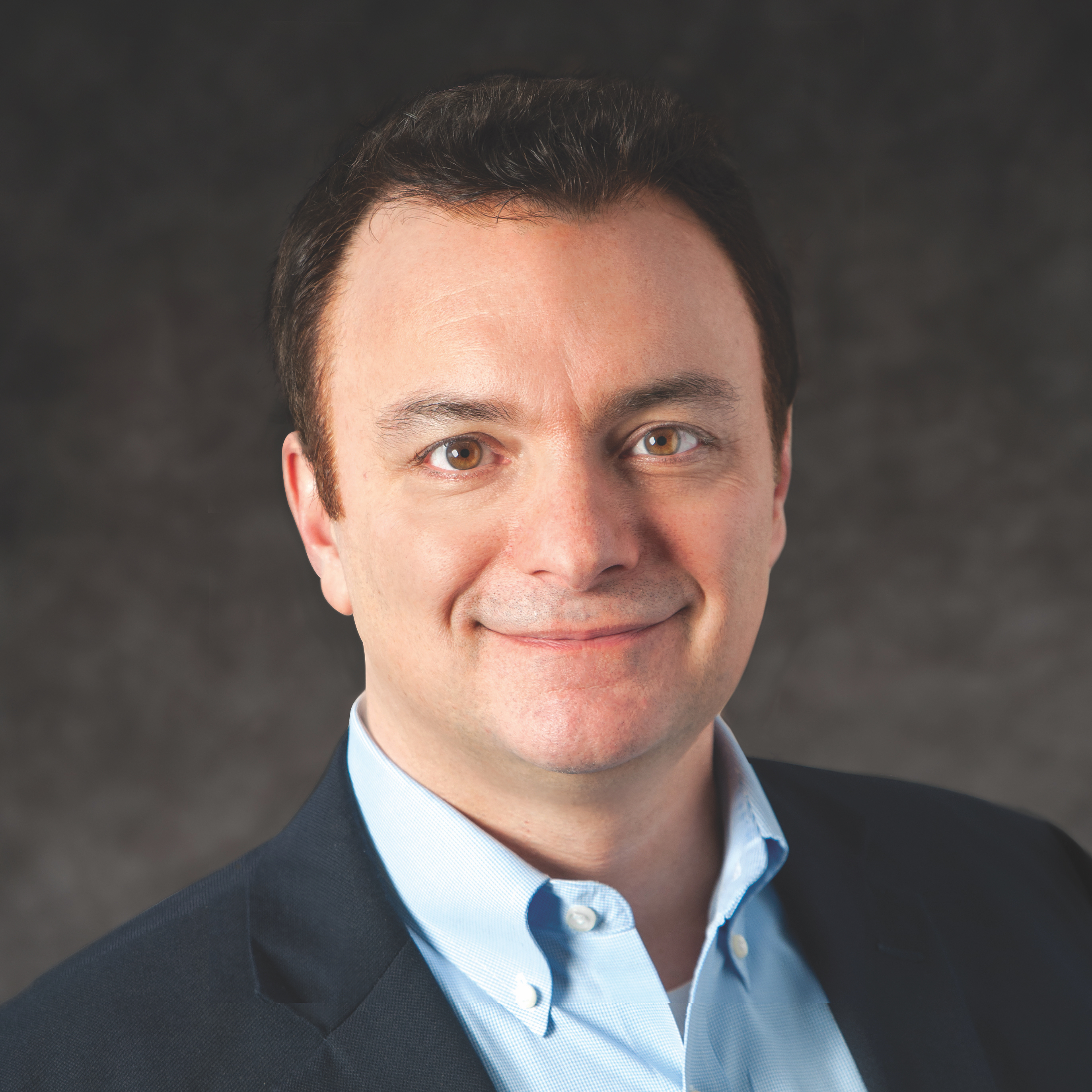 He strengthens his skills through continual practice and study of marketing disciplines. 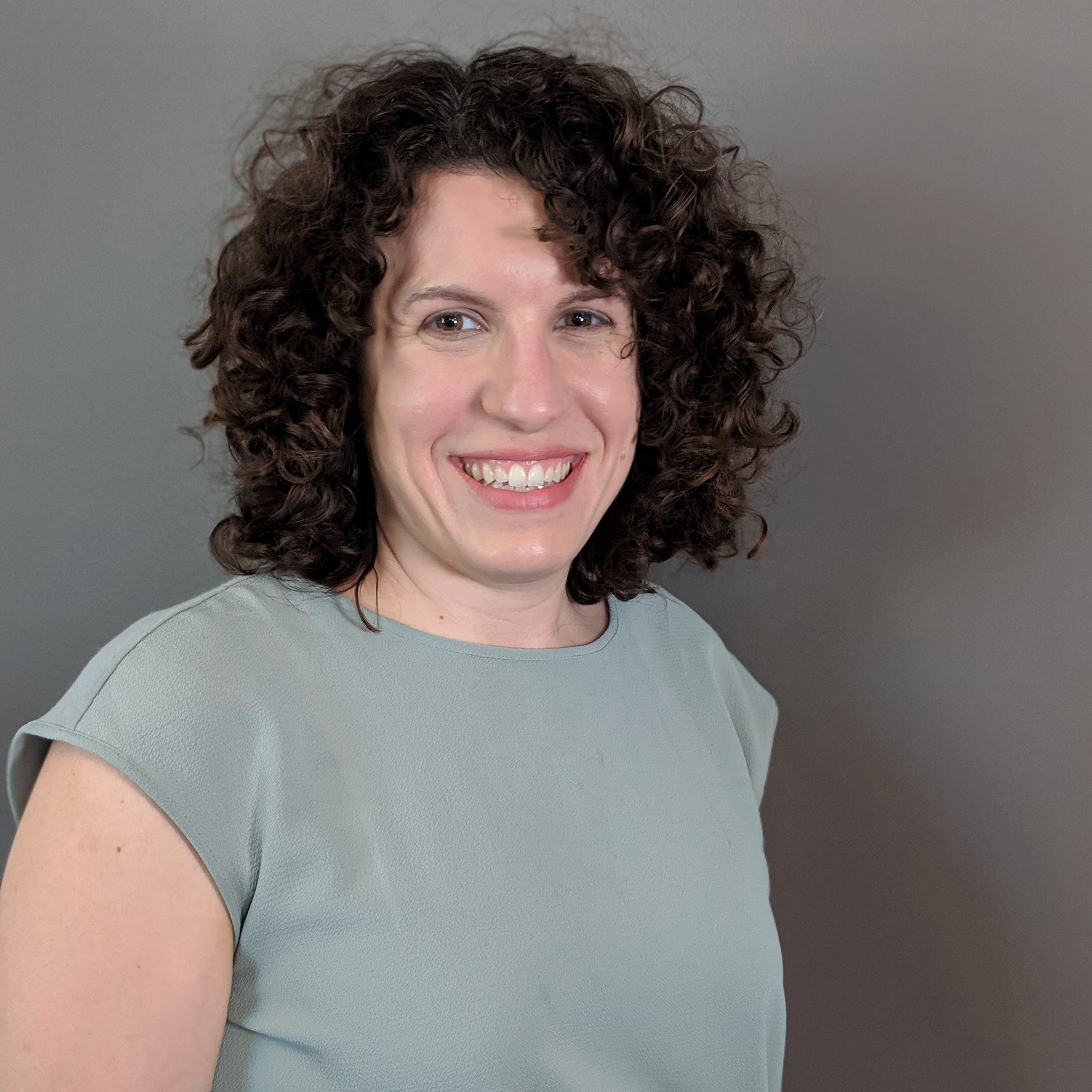 Stephanie is a marketing communications professional who earned her MA in Integrated Marketing Communications at Emerson College and has worked in a variety of fields, including healthcare, higher education, broadcast, digital media, and digital marketing. A strong project manager, Stephanie is able to maintain forward motion on complex projects with concurrent or overlapping deadlines.

Stephanie is most passionate when she is engaging with and inspiring others. With her breadth of experience with different communications channels, Stephanie's ability to cross pollinate ideas from one industry to another results in marketing concepts and execution techniques that serve our clients well. Her clear writing skills contribute to content development for Intead client projects. 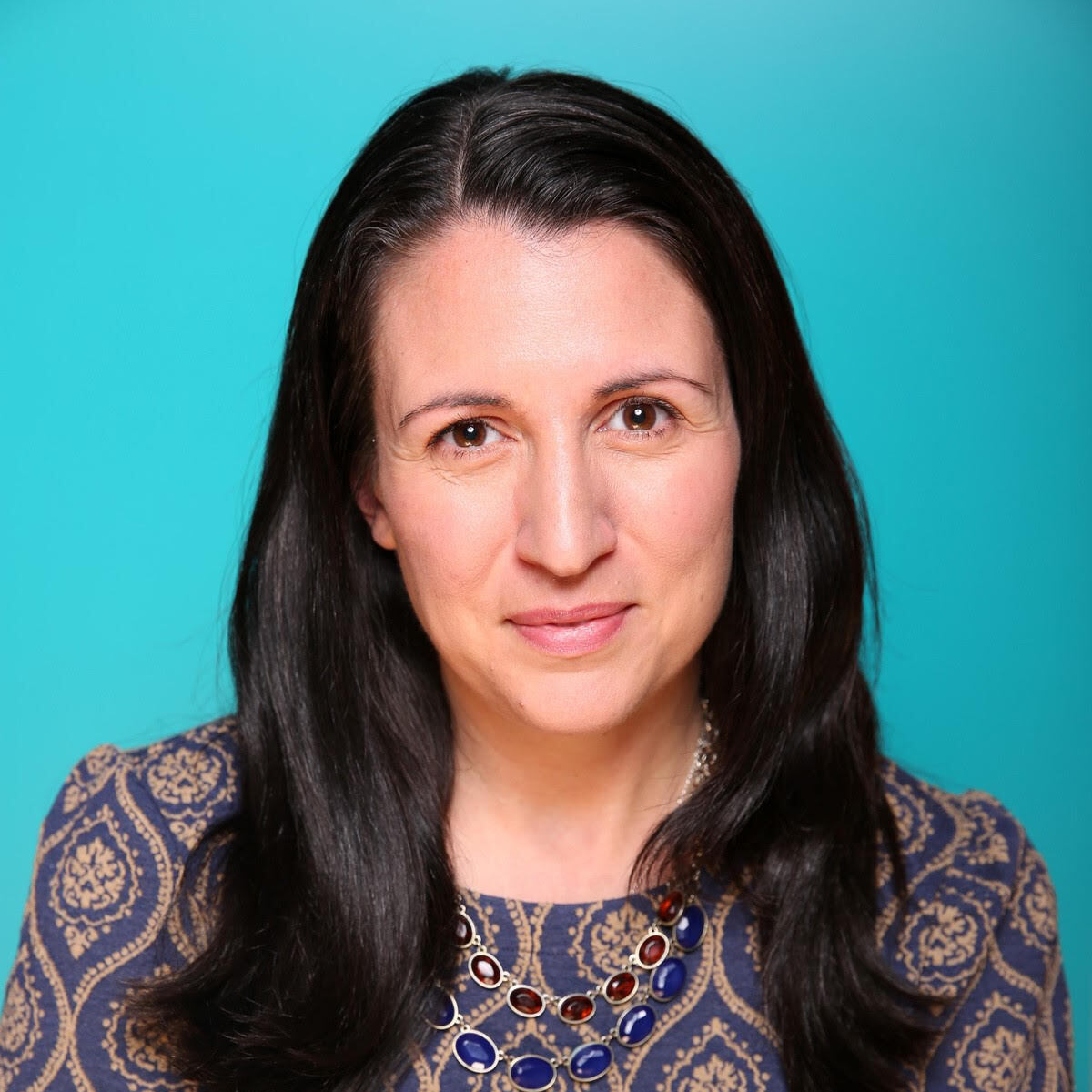 After two decades as a broadcast journalist and creative and marketing leader, Britt now advises our clients in creative, integrated marketing and brand storytelling. As we become intimately familiar with our client’s story and business challenge, Britt partners with our planning and strategy team to ensure a clear value proposition, a sound strategic plan and solid creative brief. She then provides custom creative campaigns, concepts and direction that will meet that challenge with beautiful creative, flawlessly executed.

Britt’s most recent previous role was Vice President and Executive Producer at Edelman, where she spent eight years looking after the fast-growing creative and marketing teams for the Corporate & Public Affairs practice, including Edelman NY’s academic clients, with a specialty in film and video production. Britt was a founding member of the firm’s most robust creative team, now over 100 strong, and spearheaded the firm’s creative offering at the World Economic Forum Annual Meeting in Davos, expanding it over 7 years. She served as EP for the creative around the annual Edelman Trust Barometer, the firm’s signature IP, for six years and in 2016 served as EP for the creative within the campaign that won Grand Prix Titanium and Promo/Activation Lions at Cannes.

Over her career, Britt has formed and steered integrated teams of specialists and creative partners to win business and deliver award winning creative including above-the-line creative and creative execution including film and video, print design, photography, experiential and digital. She particularly enjoys engaging directly with the C-Suite of companies large and small around their marketing and creative ambitions.

Before working in marketing, Britt’s years as a journalist armed her with the presentation and media training skills she has leveraged and taught throughout her career. She served as a local on-air reporter, assignment desk manager, producer, shooter and editor in New York after getting her start at the DC Bureau of the CBS Evening News with Dan Rather. 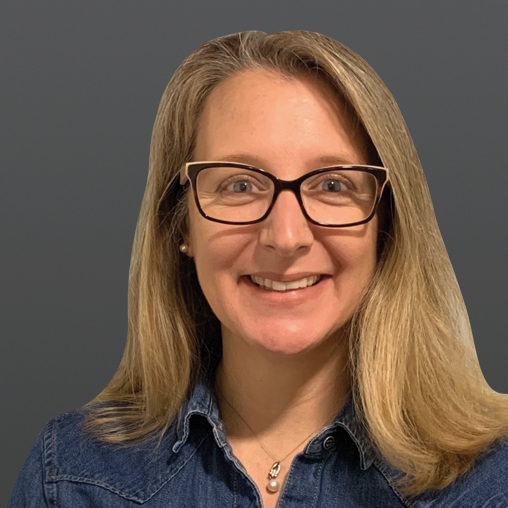 Carrie brings nearly two decade’s experience in public relations and communications to the Intead team. Her career commenced in the San Francisco Bay Area during the height of dot-com mania. There she was welcomed into the fold of Ask Jeeves’ corporate communications. She was at the forefront of search analytics and the monetization of online content. It was the cusp of digital marketing, and a lot of very fast paced fun. Carrie moved on to a full-service marketing agency in Indianapolis, Miller Brooks, where she managed the firm’s largest PR client Saint-Gobain’s CertainTeed Corporation, and worked with other trade and consumer accounts including Delta Faucet Company, Chicago Metallic, ClarkDietrich and more.

Her cautiously adventurous approach to life has helped her family adjust to moves across the country and around the world. Most recently Carrie’s family returned to the U.S. from a two-year stint in Japan, which allowed for life-changing travel through the Kansai region and Tokyo, as well as Vietnam, Thailand and Guam. She now resides in Marblehead, Massachusetts, and recently joined the Intead team where her learning agility and quick engagement fit right in. Carrie attended Oklahoma State University where she earned a BA in  Journalism & Broadcasting. 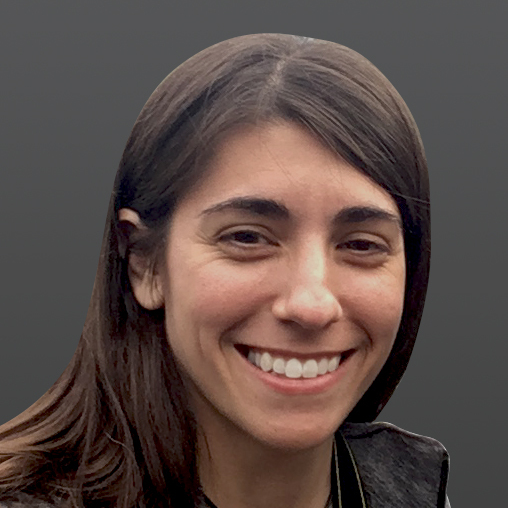 Ann Marie brings a diverse skill set to the Intead team allowing her to work on a variety of projects from high-end print collateral (annual reports, invitations, sell sheets) to social media ads, animations and infographics.

With over 10 years’ experience in the field, she has a background in print-production, ranging from screen printing to large format, as well as layout design, illustration and working knowledge of digital design. 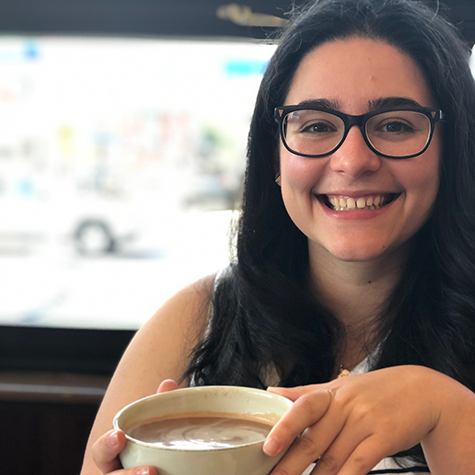 Rachel graduated with a BA in Public Relations from Roger Williams University, where she was constantly involved in school activities from blogging for her university to chairing public relations for her school's a capella program. She was also involved in helping create new programs for future students. Post-graduation, Rachel has taken on many roles for a variety of companies ranging from lifestyle brands and restaurants, to destination marketing. All of which translate well to her ability to support and provide perspective on Intead's service offerings.

Rachel believes that there are always opportunities to learn new skills, and she is always up for a challenge. At Intead she ensures the office hums and everyone, and their projects, are on track. She is passionate about bringing her ideas to the table and working with our team to meet every client need. 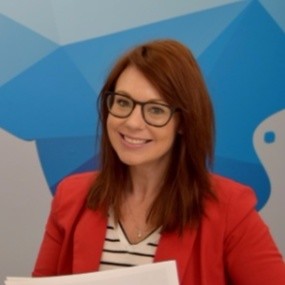 Director of Global Marketing, Recruitment, and Enrollment Initiatives & Adjunct Professor in the College of Professional Studies at Northeastern University, Hillary enjoys working with faculty, colleagues and partners on developing new paths to reach enrollment goals. She is inspired by re-imagining how to create larger impact and more meaningful academic experiences and is never bound by “how we’ve done it before.” She brings her wealth of academic marketing experience to Intead client engagements.

In her role at Northeastern, Hillary has worked on innovation curriculum for executive education programs at multi-national, high-tech companies in the following industries: banking, healthcare (payer and payee), higher education, public sector (all levels of government), manufacturing, and distribution.

Her educational background includes a BA in Political Science, MBA, and current Doctoral Candidate in Law and Policy. After giving up life as an expat in China and Australia, Hillary now resides in the U.S. with her much stamped passport. 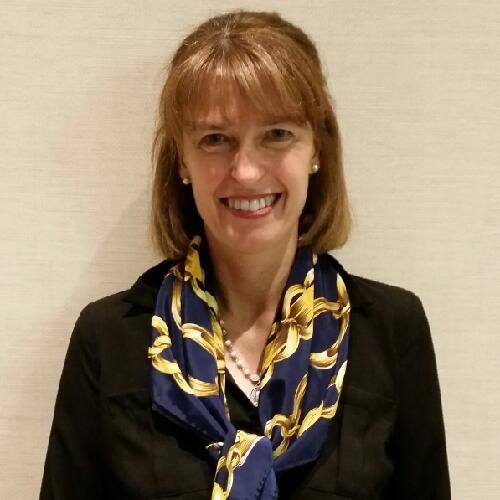 Daniela is a multi-lingual coach and an international education professional with experience in management consulting, student recruitment and developing relationships with schools and universities worldwide. She helps Intead clients plan and execute marketing campaigns for global student outreach and recruitment.

Daniela proudly hails from Argentina and has studied abroad twice in the U.S.. Her global connections and specific experience in Latin America allow her to connect and develop strategic partnerships with educational associations, universities, high schools, and education corporations worldwide. She is proficient in English, Spanish, French, and has a working knowledge of Portuguese.

Work ethic is highly important to Daniela. As a result, she provides every client, and faces every problem, with focused and comprehensive solutions. She is passionate about helping others succeed and is committed to contributing to her own team’s success as well. 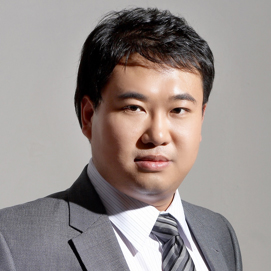 Edward began his career in international marketing and management after he migrated from China to Canada. He holds an MBA in International Management and was academically trained in Chinese linguistics. As a native Mandarin speaker, he also has professional Chinese language skills.

Edward has comprehensive knowledge of structuring and implementing international marketing strategies for real outcomes with a variety of stakeholders in a multi-cultural environment.He has a deep understanding of Chinese social media and the mindsets of students and parents in different segments of China’s international education market. With extensive experience and great familiarities with policies and regulations in China, he is also a valuable resource for building recruitment networks and developing international academic cooperation.

Betsy is a highly skilled editor and content-writer with a BA in Political Science from Wellesley College. She has an instinct for content that engages. Her passion for meaningful expression is clear in her writing, and she has a fondness for foreign languages that further enhances her skill set.

Betsy has always had a strong interest in education, health, and the environment and has experience with writing and editing in each of these fields. In over two decades of work and leadership volunteering with small businesses and non-profits, she has become an invaluable source of experience and editorial skill to our clients. 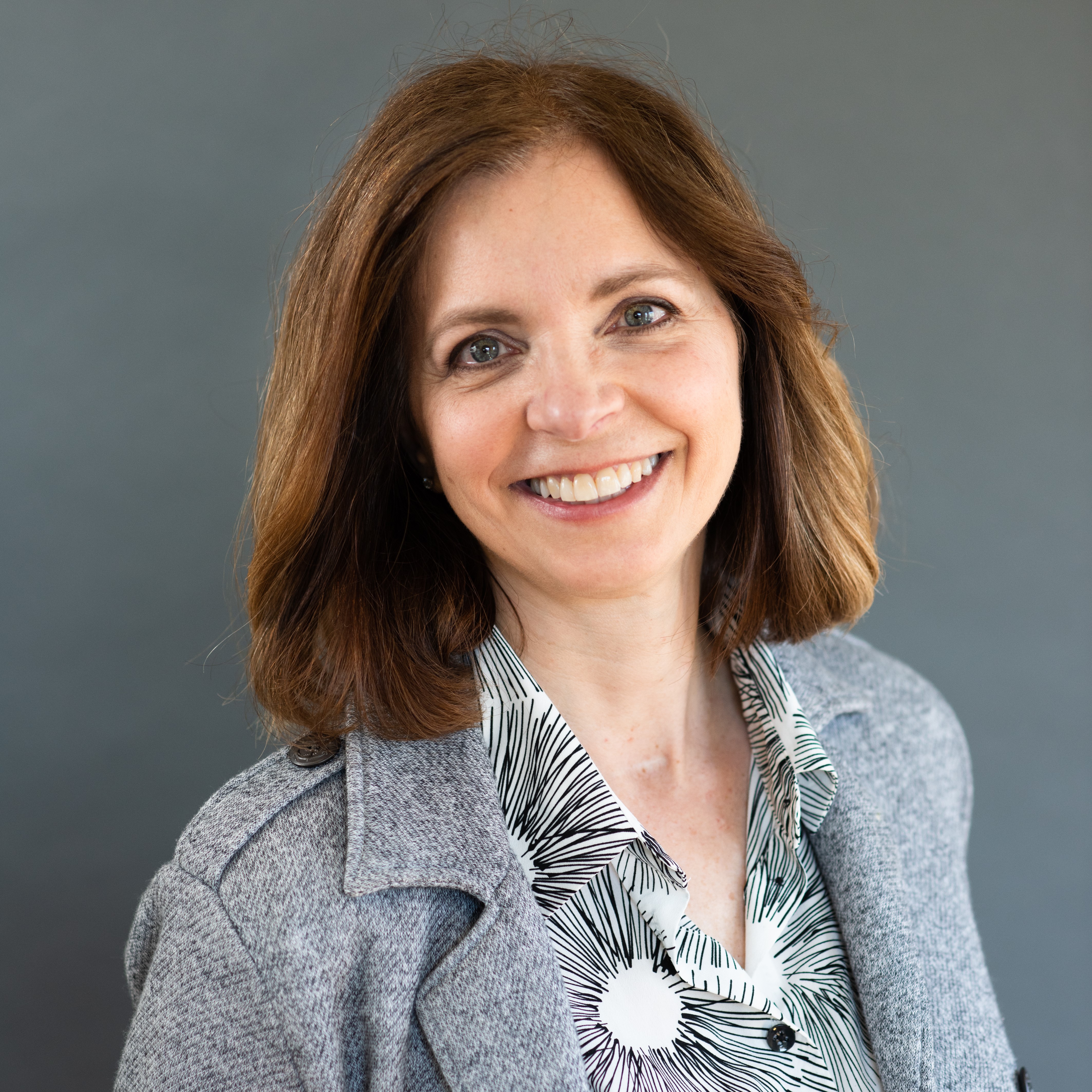 Linda brings to the team over 20 years of graphic design experience that translates into fresh and creative concepts for our client collateral. She has experience conceptualizing and designing diverse marketing pieces within the healthcare, education, architecture, publishing, giftware, travel, and manufacturing industries. She easily and naturally translates content into something both artistically engaging and conversion effective.

She is passionate about transforming clients’ messages into innovative visual concepts that will appeal to target audiences and add value to their brands.

Linda graduated from the Rhode Island School of Design with a BFA in Graphic Design. 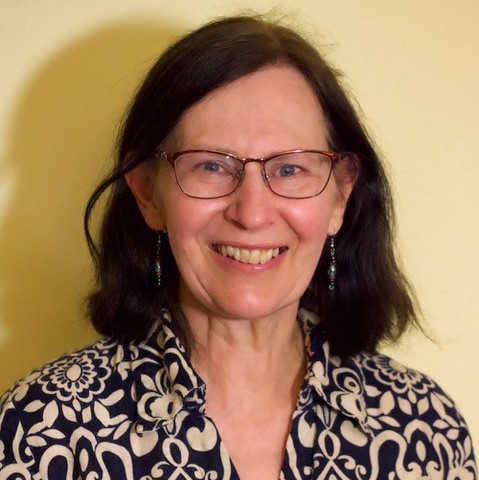 Liz brings 10 years of professional editing experience to the team. She holds a BA in Philosophy from Duke University and a certificate in professional editing from UC Berkeley. With a breadth of experience in medical and academic writing, from journal articles to master’s and doctoral theses, she is a well-rounded and valued asset. Her past work running a bookstore has also exposed her to literature in every discipline, which helps her connect with just about any written material and makes her the ultimate grammarian.

Liz has an engaging presence that translates to her work. She is able to transform written content while maintaining the author’s voice and objective, a skill we at Intead treasure.